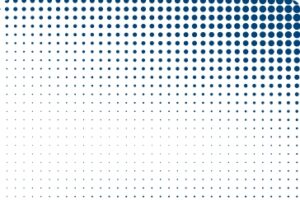 Nominations: The Committee for the Gustave O. Arlt Award in the Humanities requests nominations for the 2022 competition in the field of Religious Studies. Gustave O. Arlt (1895-1986) was the first president of the Council of Graduate Schools, a former faculty member and Dean of the Graduate School at UCLA, and a scholar of German language and literature. In 1971 he established the award that bears his name to provide recognition, each year, to a young scholar who has written a book that represents an outstanding contribution to scholarship in the humanities. To be eligible for competition, the nominee must meet the criteria stated below. There can be only one nominee from each institution, and nominations are to be submitted by the graduate dean or equivalent institutional officer. The nominator is asked to elaborate in a separate letter upon the scholarly contribution made by the nominee’s book. Three copies of the book must accompany the letter. THE NOMINATED BOOKS WILL NOT BE RETURNED.

Nomination Form: The nomination form, must be completed and submitted electronically (anaranjo@cgs.nche.edu).

Important Guidance on Field Eligibility: Your university is welcome to submit a nomination that is interdisciplinary, so long as the book draws heavily from the methods and scholarship of the current year’s field of competition Religious Studies. Since CGS is not in a position to advise you on the eligibility of particular works of scholarship, it is up to your institution to determine whether the book sufficiently meets this criterion, and with the understanding that your nomination will be evaluated alongside other books in the field of competition.

Deadline: Nominations may be made immediately and will be accepted until April 29, 2022, and must be accompanied by three (3) copies of the work. Books that are still in manuscript form at the deadline will not be considered.

Award: The Award, made at the time of the 62nd CGS Annual Meeting, carries a stipend of $1,000, and reasonable travel expenses to attend the annual meeting Awards Luncheon in San Francisco, CA in early December.

Address:  Nomination materials (letter and books) may be submitted immediately but must be postmarked no later than April 29, 2022 to: